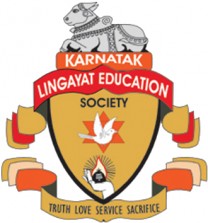 KLE society, the mile stoner in the field of education, research, and health care. The vision is to provide and empower optimum education and make the student fraternity the best citizens of the social environment.

It was 13th day of November 1916, a team of seven teachers, also called “Saptharishis”, who dreamt of providing quality education to children of back bones of our nation from the Northern hemisphere of Karnataka province. The “Saptharishis”  Shri S S Basavanal, Shri M R Sakhare, Shri H F Kattimani, Shri B B Mamadapur, Shri B S Hanchinal, Shri P R Chikodi and  Shri V V Patil who became the nightingales in establishing The Karnatak Lingayat Education Society.

Ever since it established 1916, the dynamism of change is become an integral part of the KLE Society. The result are obviously seen in the visibility transformed educational landscape of Karnataka and Maharashtra where the KLE Society stands as the testimony to the commitment to serve, uplift a life among the rural populace. The outstanding contribution made by the illustrious founders Sri, Chachidi Veerabhadrappa Gudappa Naik, ruler of the Chachadi province, Sri Arthal Rudragouda, District Deputy Collector of the British Government and Sri Vaijappa Anigol Rao Bahadur, was supplemented by seven outstanding individuals whose collective foresight and combined philanthropy made Belgaum, in Karnataka, the base for life time achievement. Today, the Belgaum enjoys the privilege of basking in the lime light of Society’s endeavors. The same is revealed in its historical past that dates back to 1160 when it was home to famous dynasties such as the Kadmanbas, Yadavas , Chalukyas & Peshwas. It was also were Rani Chennamma played a vital role in the freedom movement. Today, Belgaum is a bustling revenue headquarters and represents the contemporary image of a changing landscape that has been defined by KLE Society.

Even today, dynamism remains constant force that power the Society’s agenda. After more than nine decades of the relentless and dedicated effort, a new chapter has been scripted in the history of the Society. The sponsoring of the KLE University is the finniest expression of the society’s effort and is set to take professional education to a higher level. The dedication and deep commitment of the Chairman Shri Prabhakar B. Kore, and every single functionary of the sponsoring Society will ensure that the University provides the Best of its education, abides by the highest of moral and ethical standards and in every sense of the term, empowers professionals, in their quest for excellence.

The sacred bull (nandi), which is a vehicle of Lord Parameshwar, who is worshipped by the Hindus, Lingayats, especially people of northern Karnataka. A palm holding Veershaiva lingayat’s religious idol, the “Atmalingu” or  “Ishtalingu”.

A selfless service with truth and love is depicted as a motto of the Karnatak Lingayat Education society, which was rendered by the “Saptharishis”, a century ago. Nandi also upholds the great and noble services that are being empowered by the society in the stream of education throughout the globe.

The KLE Society’s Bachelor of Business Administration (BBA) began in the year 2011 under the guidance of legacy of KLE society. It is guided and groomed by Mrs. Divya Kotyan, the Principal of BBA.

Scroll Up
Message Us on WhatsApp